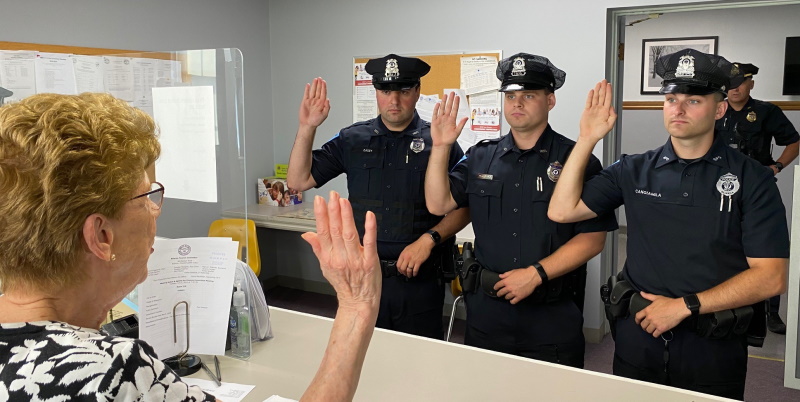 Officer Cangiamila comes to the force after having served as a Dispatcher with the Billerica Police Department since 2017. He earned a Bachelor’s Degree in Criminal Justice from Rivier University in 2017. He is a graduate of the 34th Recruit Officer Candidate Academy through the Municipal Police Training Council (MPTC) in Reading, MA. Officer Cangiamila grew up in Woburn and currently lives in Billerica.

Officer McDonough has come to the force after having worked in the Real Estate industry. He holds an Associates Degree in Criminal Justice from Middlesex Community College. Along with Officer Cangiamila, he graduated from the 34th Recruit Officer Candidate Academy through the MPTC in Reading, MA. Officer McDonough lives in Billerica.

Officer Casey has come to the force after having served the past five years as a Police Officer with the MBTA Police Department. Prior to his appointment, Officer Casey served eight years as a Reservist with the United States Army as a Military Police Officer where he deployed to Iraq in support of Operation Iraqi Freedom. Officer Casey holds a Master’s Degree in Criminal Justice from UMass Lowell and Bachelor’s Degree in Criminal Justice from Salem State. He lives in Billerica with his wife and daughter.

These officers will begin a comprehensive 12-week Field Training Program (FTP) overseen by Lieutenant John Harring and Sergeant Mark Tsoukalas. During the FTP, these officers will learn about all of their responsibilities working in this community and region while being evaluated by trained Field Training Officers. Upon their successful completion of field training, they will assume the full duties of their assignment. We wish all of these officers safety and success in their careers. 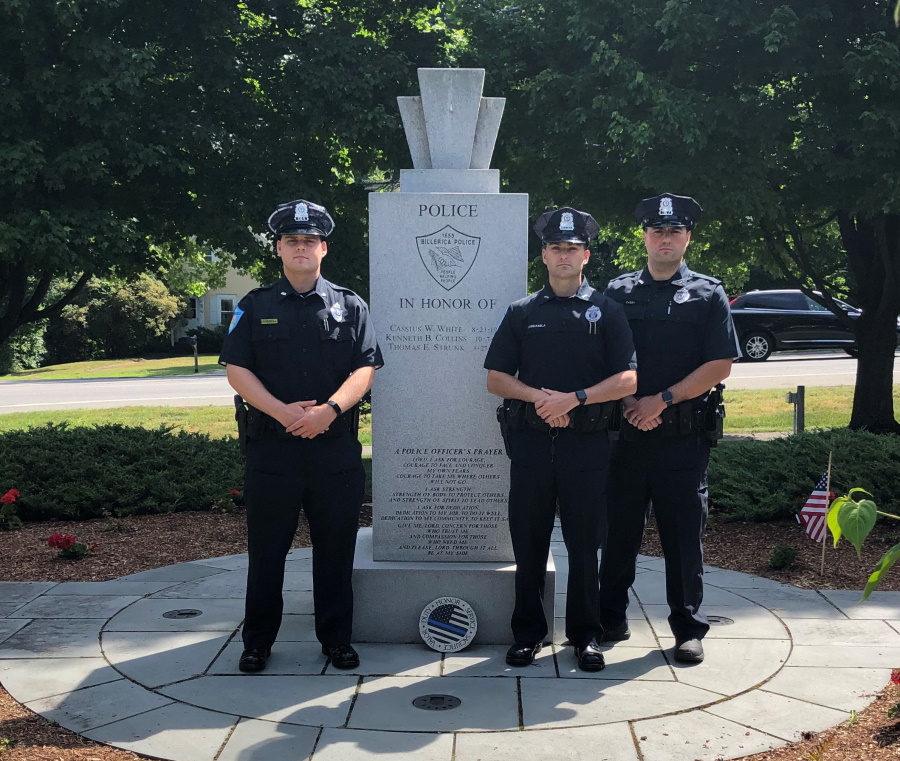