Several members of The Billerica Police Department Honor Guard recently traveled to Washington DC, where they received advanced training in drill and ceremonies from the United States Marine Corps, at Marine Barracks Washington.  While there, they were recognized by the Department of Homeland Security’s Federal Protective Service.  Deputy Regional Director Don Waldron presented the BPD Honor Guard with the Federal Protective Service’s “Partnership Award” in recognition of their continuing support of the FPS Honor Guard.  The Federal Protective Service has traveled to Billerica to participate in the Yankee Doodle Homecoming Parade each year since 2009.  They have won the Parade’s “Drill and Precision” award twice, and the “Furthest Traveled” award three times. 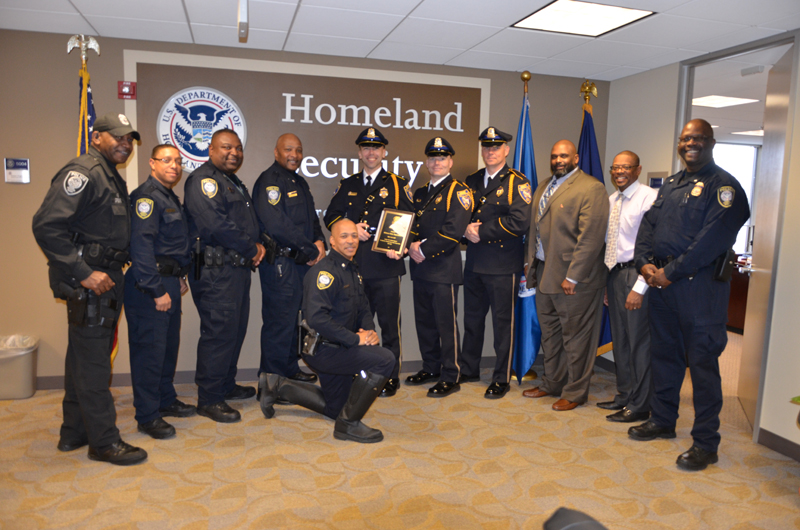