Billerica – On Monday, June 1, 2020 at approximately 1645 hours, Billerica PD received a call from a
local resident walking in the area of Sandy Pond off of Shane Lane who discovered a suspicious package
floating in the pond. Police responded to the area and were directed to a package that appeared to contain a
white powdered substance. The packaged was wrapped in clear plastic material as well as what appeared to be
duct tape. Upon bringing the package back to the Billerica Police Department it was “field tested” using a
specially designed chemical reagent which returned a positive result indicating the substance was likely
cocaine. With this information the area of Sandy Pond was secured and searched at which time a second similar
package was located, which also tested positive for cocaine. The total weight of both packages was just under
four pounds.

Billerica Police are conducting a full investigation into the origins of the package which will include
additional searches of the area as well as forensic testing of the contraband through the assistance of the
Massachusetts State Police Crime Lab. Anyone with information related to the items should contact the
Billerica Police at 978-667-1212.

Any additional questions should be directed to Deputy Chief Roy Frost at 978-215-9653. 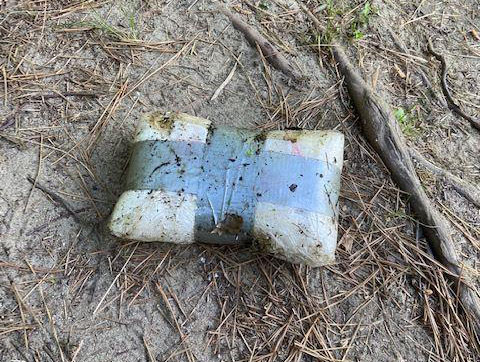