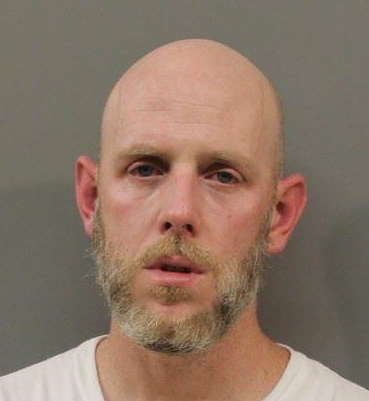 Billerica – On Tuesday, July 14, 2020 at approximately 4:15 p.m. a homeowner on Poe Road in Billerica discovered a person rummaging through the interior of his vehicle parked inside the home’s garage. After being confronted, the suspect fled on foot from the scene while the victim called police via the Emergency 911 system. As officers arrived on scene, the Billerica Police 911 operator received additional calls for a suspect of similar description attempting to enter various vehicles in the residential area of Pratt Street, which is in close proximity to the original incident. Following an investigation by the officers on scene, probable cause was developed to arrest the suspect, subsequently identified as Thomas Fisher, 36, of Billerica. The charges
brought against Mr. Fisher alleged he broke into three separate motor vehicles where he stole property including cash, gift cards and other personal items as well as a knife that was located inside the garage of the initial reporting victim on Poe Road. Mr. Fisher has an extensive history with the Billerica Police that involves similar past accusations involving breaking into motor vehicles.

Thomas Fisher will be arraigned in Lowell District on Wednesday, July 15, 2020 on charges of Larceny from a Building, and two counts of Breaking and Entry into a Motor Vehicle with intent to commit a Misdemeanor.

Any additional questions should be directed to Deputy Chief Roy Frost, 978-215-9653.